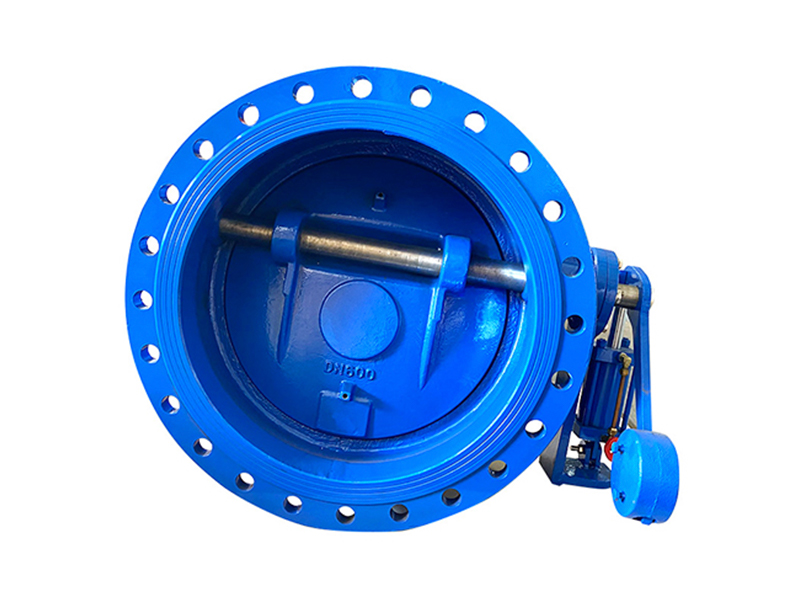 The buffer check valve produced by our factory is mainly used at the pump outlet of industrial water supply and sewage treatment plant to prevent the backflow of the medium in the pipe network. Destructive water hammer is automatically eliminated so that pumps and piping are not damaged. The valve is mainly characterized by valve body, cutting flap and good buffer performance. It is the best product for industrial water and urban sewage.

At this time, the hydraulic oil in the buffer cylinder quickly flows from cavity 1 to cavity 2 through the check valve inside. When the valve is closed, the medium returns to the first cavity.

Due to the large impact force of the counterweight and the high pressure wave, the valve flap is mostly closed, and the oil in the second cavity is compressed at the same time. Normal opening of the regulating valve is only 1/3. The high pressure oil compressed in the 2 cavity can only flow slowly into the 1 cavity through this 1/3 area, so that the valve flap is slowly closed and the pressure of the water hammer peak is weakened. Limits the generation of destructive water hammer.

Due to the function of the above-mentioned regulating valve, the time for the hydraulic oil to flow from cavity 2 back to cavity 1 can be adjusted by adjusting its opening. That is to adjust the closing speed of the valve. Therefore, when the opening degree of the regulating valve is smaller, closing speed of the corresponding valve is slower. Then longer the water discharge, the smaller the water hammer, and vice versa. Users can adjust appropriately according to the needs of the scene.

WESDOM customizes the most suitable solutions for customers according to the actual needs of customers’ working conditions;

WESDOM products are of high quality, Now all products have well installed on site. 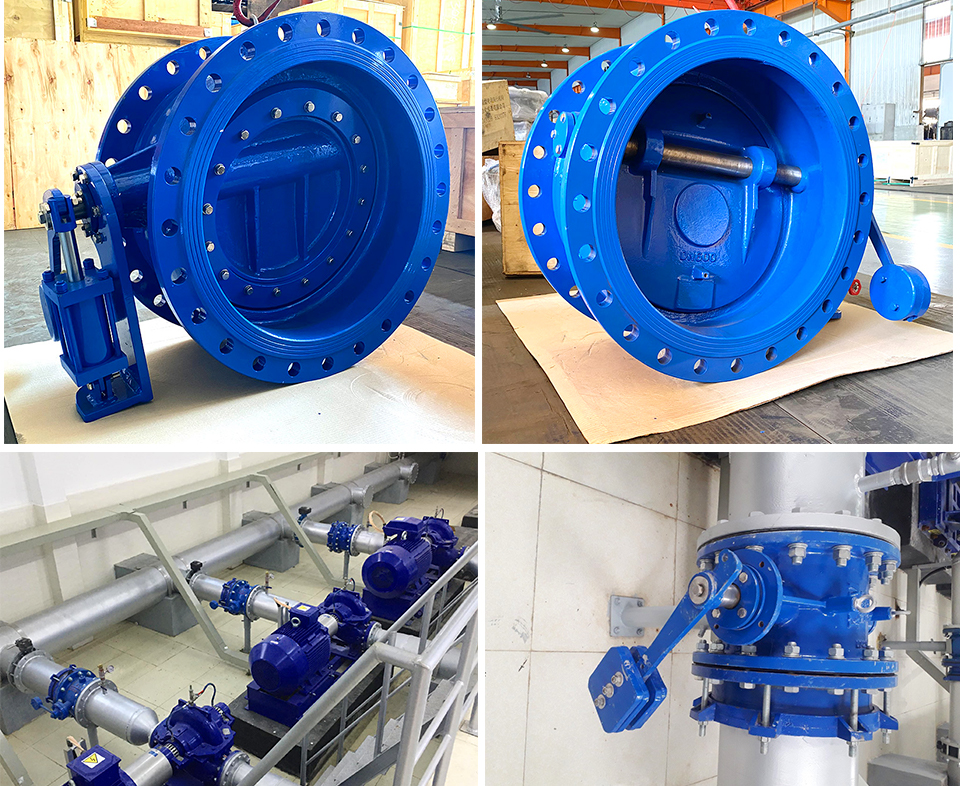 The valve is mainly characterized by valve body, cutting flap and good buffer performance. It is the best product for industrial water and urban sewage.